Some Thoughts on Historical Research

That’s not necessarily a bad thing if you’re already fascinated with a certain era, and it can be a lot of fun, but good research requires vigilance. No matter how knowledgeable you may be on a certain subject, in all likelihood your story is going to include a large cast of young and old, male and female, saint and sinner — individuals who will stray regularly outside your field of expertise. Which means, whether your character is a blacksmith, a shopkeeper, a detective, or a college professor, it’s going to be up to you to gain at least a working knowledge of their respective fields so that they can be accurately portrayed. That rings doubly true if your readers are also familiar with the subject. It’s an unfortunate fact of fiction that nothing distracts from a story quite so glaringly as a plot filled with simple mistakes.

At the same time, nothing nudges a story above the norm like those tiny little gems of details that add vividness to the scene. Most readers can probably already guess that a general store in 1910 Alabama might have a pickle barrel, or an old hound or two dozing in the shade under the front porch. But describe a just-beginning-to-rust stamped tin ceiling, or the clattery sound of a crank-handled cash register closing a sale, and you’ve added a spot of unexpected color to what might otherwise have been an old, familiar black and white portrait in a reader’s mind.

Sometimes, even what seems obvious can be incorrect. Want to give a wagon train scout an 1873 Colt Peacemaker on his journey to the Montana gold fields? The odds are that if you date your story any earlier than 1875 or ’76, you’re going to be perpetuating a myth already heavily solidified by decades of Hollywood films that would have you believe the only firearms that existed at any time in the Old West were .45 Colts and Winchester rifles. In case you’re curious, the 1873 Colt was first produced for military contract, and wasn’t offered to the civilian market until nearly two years after its 1873 debut. Similar discrepancies exist for a wide variety of other patented applications in which the familiar date and the actual year of production can differ greatly.

Other fallacies that have crept into the collective conscious? A stagecoach pulled by horses is certainly possible, especially in the East, but west of the Mississippi, a hitch of sturdy Missouri mules would more likely be correct — although there are maddening exceptions to to just about every rule. How about having your hero or heroine exit an 1850s hotel, race down the steps, and enter a car? Actually, you’d probably be okay. The term car, a shortened version of carriage, has showed up at least as early as the 1840s. On the flip side of that, hailing a “cab” can be dated even earlier. A cab is a shortened form of the word cabriolet, a type of horse-drawn carriage popular in 19th century Europe. But be careful. The word “taxi”, from the French taximetre, doesn’t seem to have come into vogue until late in the 19th century.

These tidbits of information and insight into the past, if interwoven carefully into the plot so as to not distract from the flow of the narrative, can really elevate a novel’s enjoyment. But finding this information can be painfully difficult. Non-fiction sources are always your safest bet. No matter how highly regarded a fiction writer is for his or her attention to detail, it’s never a good idea to count on him or her for total historical accuracy. The very nature of the game – fiction — dictates that we all have to nudge the facts occasionally.

Even first-person reminiscences and journals should be viewed with suspicion. Recollections written too long after the fact are prone to memory lapses, and journals can reflect a person’s prejudices as much as the subject matter. On the other hand, some things can’t be found anywhere else. The price of a peck of corn in Cincinnati in 1890 will have more than one source…somewhere. What a person thinks about the cost of that corn probably won’t.

Analytical reviews on just about any subject (including the price of corn in Cincinnati) aren’t difficult to find, even if they can be a little mind-numbing to get through. University Presses are great sources for this kind of information, although it’s important that an author who wants to portray a historically correct perspective be aware that the biases that can slant a period journal can also exist in academic writing. There’s a reason they call it Revisionist History, and it doesn’t have anything to do with fresh information coming to light. Is there anything wrong with that? Maybe, maybe not, but it would be inaccurate, not to mention a discredit to both the past and your story, to base a historical character’s views solely upon modern-day revisionist theories.

As much as possible, facts should be checked, then double-checked. I wince every time I find a mistake in one of my earlier novels, then I wince again when I think of the mistakes I’ve yet to discover — not to mention all those waiting to be made. But it happens, and I guess about all any of us can do is to keep on trying our best, and hope that our efforts are recognized, and appreciated, by our readers. 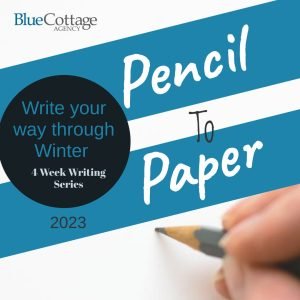 Pencil to Paper 2023: Write Your Way Through Winter

Pencil to Paper: Write Your Way Through Winter! With award winning author Candace Simar  We are excited to offer our third annual 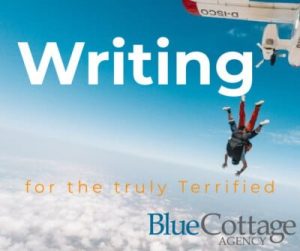 Writing for the Truly Terrified

Writing for the Truly Terrified! Join us for a two hour fun and friendly writing workshop Thursday, April 28 from 10 to 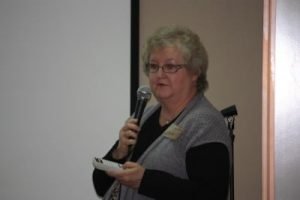 Mentor Monday and Other Fun Things

What could be better than sitting around a table with others who are also passionate about the writing craft? The mentor program

Past Appearances
Abercrombie Trail Reviews
Via GoodReads
Reviews from Goodreads.com 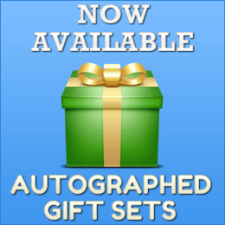 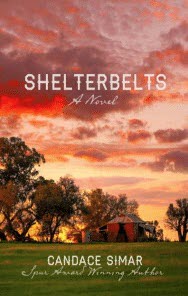